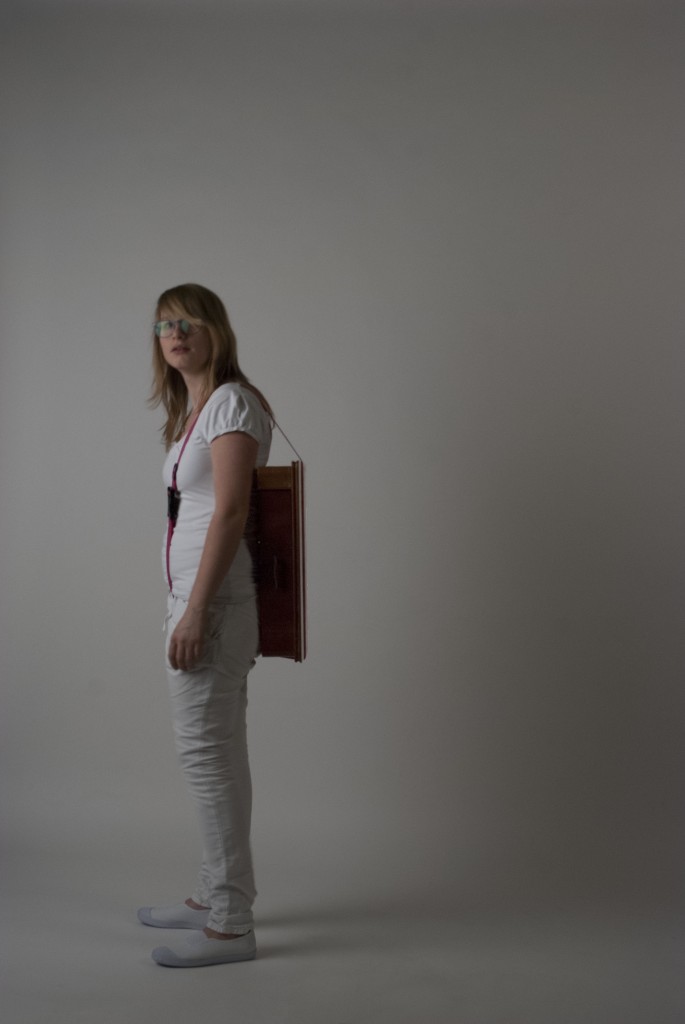 I’m Laura Bolscher, born in Leeuwarden in The Netherlands on 7th of may 1991. July 2013 I graduated from my Bachelor of Fine Arts at Academy Minerva, Groningen.  Now a days I live and work in Amsterdam.

I draw knowledge out of variety of areas. The program ‘De familie Knots’ in where aunty Till cast a spell on her roommates whit ‘een kloddertje roze hier…’ to let them rise inside her fantasy. The overwhelming performances of Shana Moulton, the way she blows over in a small idea. The dry voice and alienation inside the video’s of Egle Budvytyte and the joy in the stories of David Sedaris.                                                    I want to be fluent, or the opposite from fixed. Mobile as nomads, the roller-skater or the traveler. The foundation of the studio is replaceable, only the tools are zipped to my gear.                                     “Taking a sprint” is the work I arrived. The state of being before you reach your goal, from the beginning till just before the end. The moment itself is not being touched, it is about take or leave the run-up, I read a book till on the half. Doing this you leave space, a gap, whitespace inside a text where the public will be abled to form her thought.

My work suits every child from 6 till 96 years old. The work doesn’t answer, it is asking a question. The work plays like a joke, you laughing. I think over a thought, insanity is pupping up, the though is thought over and over and over again.